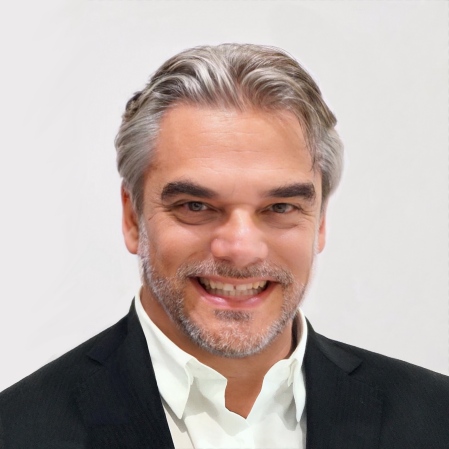 Fernando Zulueta is the founder and president of Academica, one of the nation's largest and most successful charter school service and support organizations. Academica serves 200 public charter schools in eight states. During the past 20 years, Mr. Zulueta has helped establish numerous high performing charter schools that serve disadvantaged students and that have been recognized on local, state, and national levels for their achievements. US News & World Report and Newsweek list Mater Academy High School, International Studies High School, Somerset High School, and Doral Academy High School among the nation's best high schools. Somerset Academy was the first charter school network in America to receive system-wide accreditation by the Southern Association of Colleges & Schools. Somerset, Mater, Doral, and International Studies charter schools have received multiple National Blue Ribbon Awards, and Mater Academy Middle/High has been designated a "Breakthrough School" by the National Association of Secondary School Principals. Stanford University's Center for Research on Education Outcomes (CREDO) has identified the school networks served by Academica as among the highest achieving in America — especially among low income and minority students. Fernando graduated Summa Cum Laude and first in his class with a major in Public Accounting at the University of Miami School of Business and was a Reid Scholar at the University of Miami School of Law, where he served on Law Review and from which he graduated with Honors. He has received numerous awards for his work with charter schools including the "Cervantes Award" sponsored by Nova Southeastern University for his contributions toward excellence in the education of Hispanic students.

Luis M. Fusté operates Fusté Law, PA. A boutique firm specializing in labor and employment law, Mr. Fusté focuses on representing labor organizations, employees, and small-to-medium-sized businesses.Prior to establishing his own practice, Luis served as Assistant General Counsel for the South Florida Police Benevolent Association (PBA), and before that was a Miami-Dade Police Officer.Passionately engaged in his community, Luis has dedicated himself to public service for almost four decades. From his service in the U.S. Marine Corps to a 32-year career with the Miami-Dade Police Department – where he achieved the rank of Lieutenant before retiring.Always committed to maintaining an active, healthy lifestyle, Luis was drawn to the benefits of mindfulness meditation. Over the years, Luis has attended many seminars and workshops that have allowed him to understand the importance of mindfulness and how to ground himself successfully and truly be present. Today, practicing mindfulness is a part of Luis’ daily life, something he is especially grateful for as a father of three young boys.

Bernie Montero holds a Doctorate in Education from Nova Southeastern University and a Bachelor's in History from Bowdoin College. For the past 20 years, Bernie Montero has worked towards the enhancement of children's education. He began as a substitute teacher and is now not only Principal of Somerset Academy Chapel Trail but President of Somerset Academy Inc., which successfully operates over 62 schools across Florida, Nevada, Texas, and Washington DC serving over 17,000 students. Bernie Montero loves young people. He believes in them and understands them in and out of the classroom. As a lifelong 'judoka' focused on holistic youth development, Bernie has also implemented Judo programs in 11 public schools located in Central and South Florida, resulting in 450 youth trying judo after school.

Danai Amaya is the Lead Teacher at Somerset Academy South Miami where she works closely with curriculum and integration of new strategies in the classroom. She began her career in education in 2005 as a classroom assistant and has since then continued to take on new roles. She graduated from the University of Florida with a Specialist Degree in Educational Leadership in 2012. She is recognized as by the state of Florida as a "High Impact Teacher"

Ileana Melian is the principal of Mater Academy of International Studies Elementary K-5 and Mater International Preparatory 6-9. Ms. Melian has had an exceptional career in education spanning over 30 years. She obtained her Bachelor of Science in Education from Florida International University and earned her Master of Science in Elementary Education and Educational Leadership degrees from Nova Southeastern University. Through her efforts, Mater International went from being a D school to an A school in a single year. By setting high expectations and holding teachers and students accountable, Ms. Melian continues to prove that minority students can successfully perform at high achievement levels. Ms. Melian also implemented a mindfulness program at her school in partnership with “Mindful Kids Miami” making it one of the few charter schools in the county offering a Mindfulness program.